We found Maserati as a weanling and I knew I had to have her! She was bred well for eventing, beautiful to watch move and she has almost the same markings as Quick, one of my main horses. Over her first few years at the farm we focused on helping her develop trust in humans and seeing them as partners. As she grew we spent some time building her online skills, and liberty play. 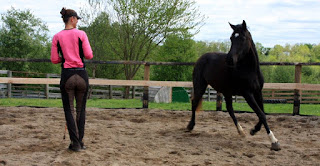 Because she was with us from such a young age we were able to start her under saddle training in a very natural way. At the end of her 2 year old year I spent about 2 hours total on her back over 10 rides. We then stopped riding her and allowed her to grow until the beginning of her 3 year old year, where we repeated the same thing, and then again at the end of her 3 year old year. By the time Maserati turned 4 she was still under 10 hours riding total but she had some excellent patterns in place. She was able to walk, trot and canter in the open fields with control, she was able to be ridden with 2 carrot sticks and bridle-less and she was developing in a natural way.
During her 4 year old she has had about another 20 hours under saddle and starting in her 5 year old year we will be beginning to ride her more consistently and discovering which areas of the English performance arena come most naturally to her. She is an up and coming star and you will be seeing more from her in the years to come! 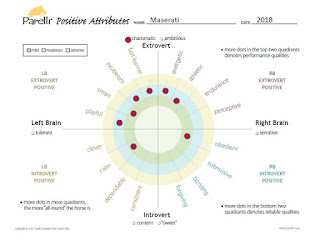